How the Red Line fits in the overall MBTA Route Map… (MBTA  2011, by permission of MBTA) 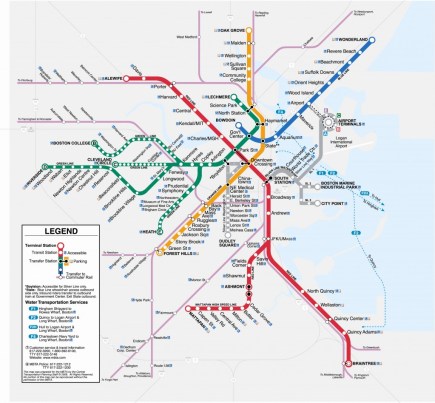 All visitations were experienced by Red Line passengers between Davis Square and South Station. 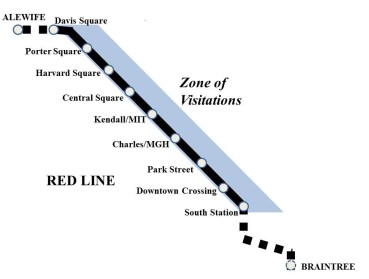 Red Line Schedule (from Preface: Ghosts on the Red Line)

A Red Line train departs Alewife Station every nine minutes during the commuter rush hours and every eleven to thirteen minutes during other times of the day and evening, until the last train completes its run shortly after midnight.

From Alewife, the subway terminus where the City of Cambridge borders the western suburbs, it journeys 17.6 miles inbound through Cambridge, across the Charles River into Boston, through Boston, and down to the Town of Braintree. Meanwhile, another Red Line train leaves Braintree for Boston and Cambridge, terminating at Alewife.

Over 240,000 passengers ride the Red Line every weekday. 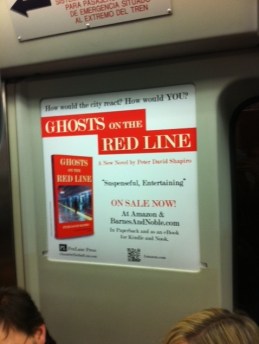